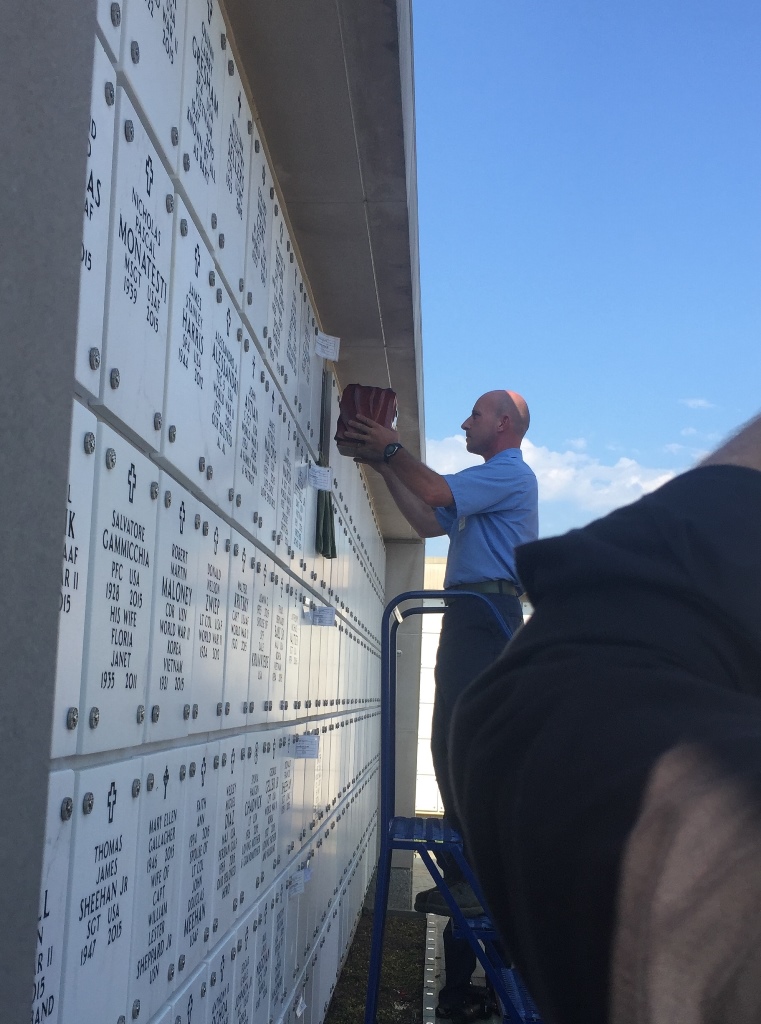 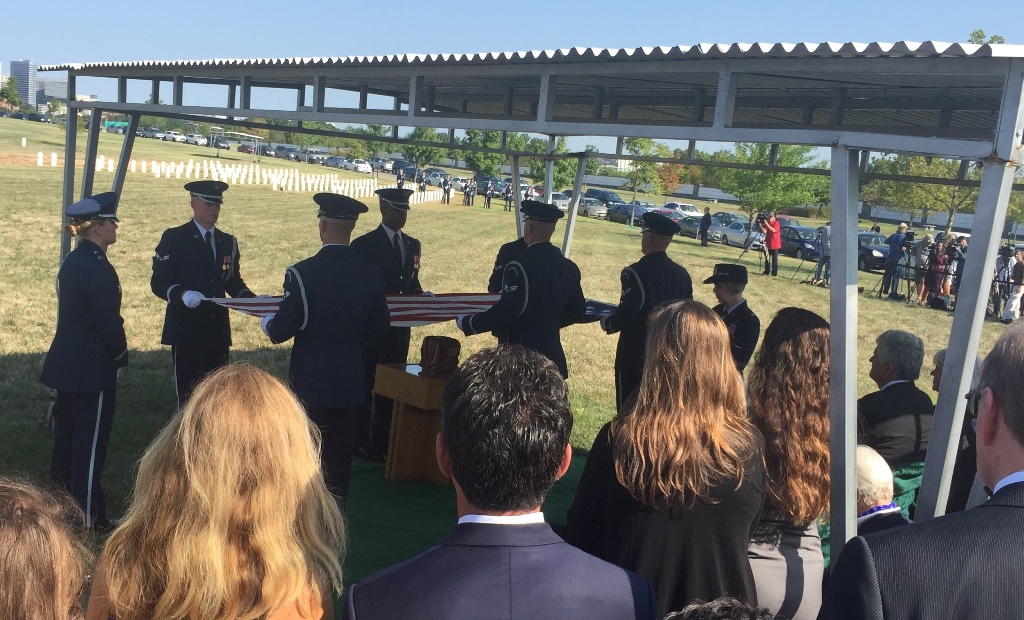 ANOTHER VICTORY: As almost pre-ordained, the US Congress set aside partisan squabbling and inaction to pass Congresswoman McSally's legislation restoring burial or inurnment rights to the WASP at Arlington National Cemetery, denied for a little over a year by an interpretation of law which most persons thought was settled back in 2002 when the issue was raised by Julie Englund about the treatment of her mother, WASP Irene E. Englund,

who was being denied burial honors at Arlington National Cemetery. (Memo)

As before, in 1977, 2002, and 2010, the WASP story brought the people and politicians together to recognize the common value of service and courage, and of women, equal partners in this experiment we call the United States of America, and worthy of the same recognition, honor, and opportunities as male Americans. Thanks to the efforts of WASP Elaine Harmon's family, and all those across this nation who were moved and supported their efforts, our "most sacred ground" is now again open to the WASP. (Public Law 114-158 eff. 05/20/16) (Text) 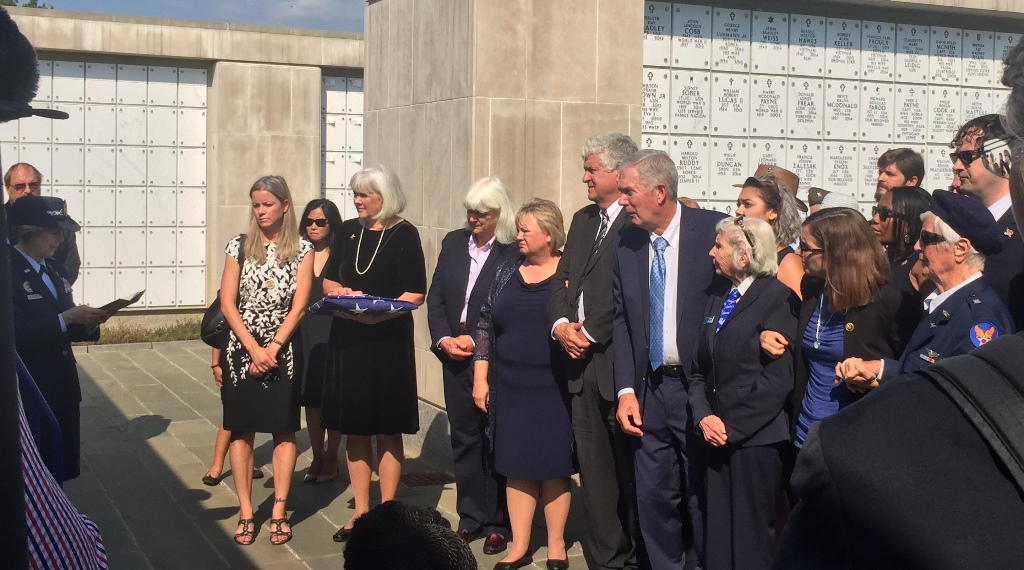 HISTORY: The WASP, trained as military pilots during WWII, flying every plane in the US arsenal, and rendering service (sometimes fatal) to our nation during the war, were considered an experimental program, to determine the value and skill of women to serve their nation's military aviation needs. Due to the extreme urgency and need, the WASP were organized as civilian volunteers while awaiting the necessary Congressional action for their militarization, and pressed immediately into service, first as the WAFS (Women's Auxiliary Ferrying Squadron) and WFTD (Women's Flying Training Detachment), and then combined as the WASP. 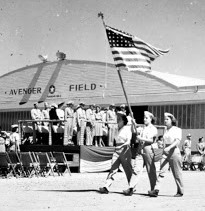 The WASP served as civilians for the USAAF from September 1942 until their disbandment in December 1944. While many expected to be brought into USAAF, which they missed by a narrow Congressional vote after an ugly public battle in the summer of 1944, the women who served as WASP all flew because they believed their country needed them and they wanted to do their part for the war effort. They were finally recognized as veterans in 1977. They were honored with the Congressional Gold Medal in 2010.

BURIAL POLICY: In 1977, Public Law 95-202 passed the US Congress, granting veteran's benefits to the WASP upon the review and certification of the Secretary of Defense that their service constituted "active military service." Following this enactment, there was such certification and the issuance of DD214's and the WWII Service Medal to the WASP. Army National Cemeteries are normally administered by the US Department of Veterans' Affairs but the National Cemetery at Arlington has special requirements which are specified at 32 CFR 553. Of course, many WASP had been buried before this legislation was passed, and some WASP were also entitled to burial or inurnment based on family relationships. 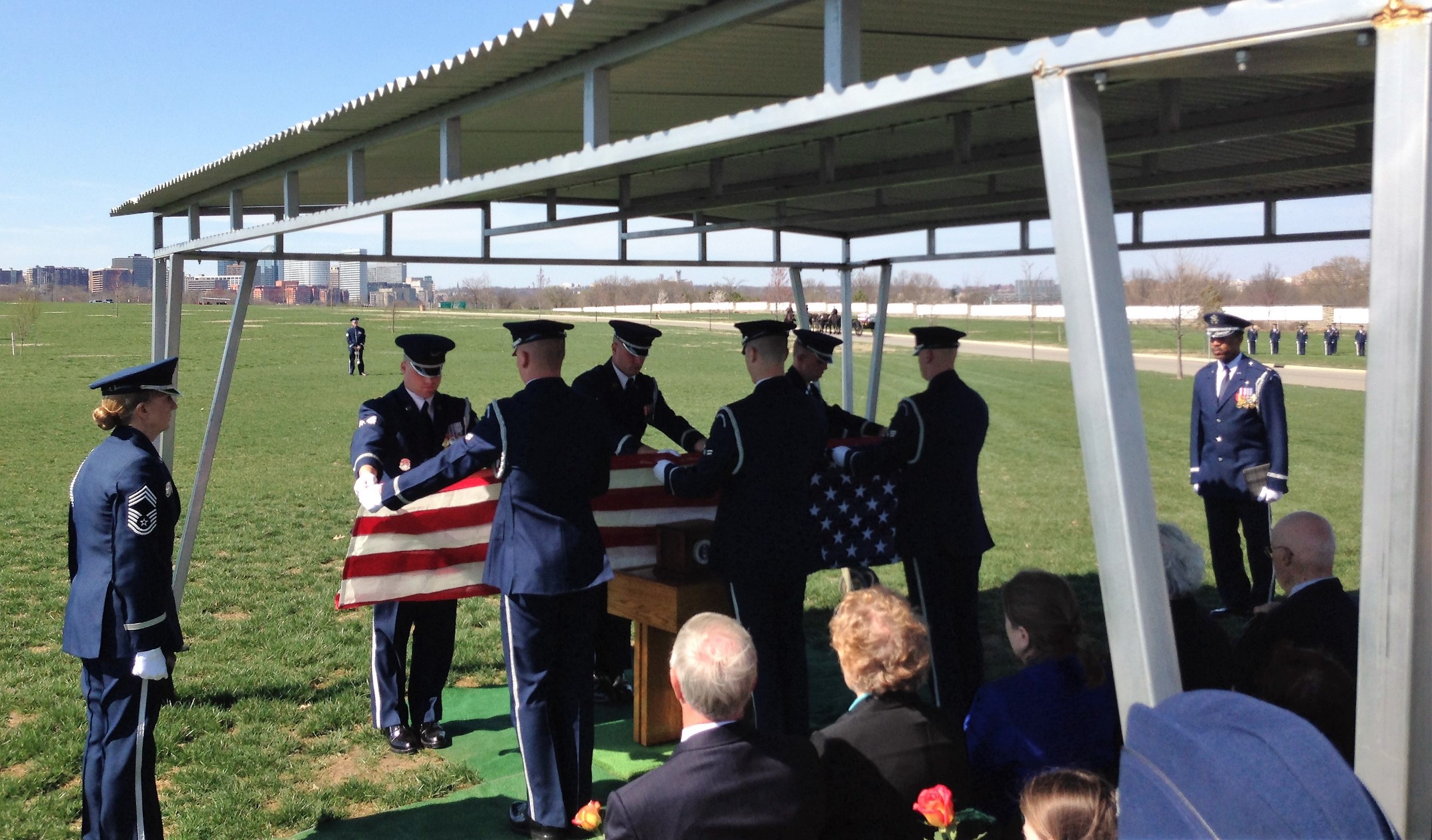 POLICY Clarified: In 2002, WASPKid Julie Englund applied for military honors for her mother, WASP Irene Englund, at Arlington National Cemetery and was denied. She wrote an article which was published in the Washington Post asking why. Shortly thereafter, the Army, after reviewing the rules, authorized the honors that had been requested. (June 10, 2002 Press Release from the Army (Actual press release in PDF), quoting the Honorable Reginald J. Brown, Asst Secretary of the Army quoting the Secretary that the WASP ". . . deserve this recognition of a grateful nation" and, as well, noting that the Secretary's staff had reviewed the law and legislative history, and concluded that inurnment or burial rights, and the proper accompanying military honors, were " . . . the intent of Congress.") The official document issued by the ANC Superintendant is ratified by then Secretary of the Army Reginald Brown. (PDF) Since that time, several WASP have been either interred or inurned at the ANC, including Toby Felker, Jane Staughan, and Dora Dougherty Strother, one of the two WASP who flew the B-29 on demonstration flights to persuade reluctant male fliers to fly that airplane after a troubled start. 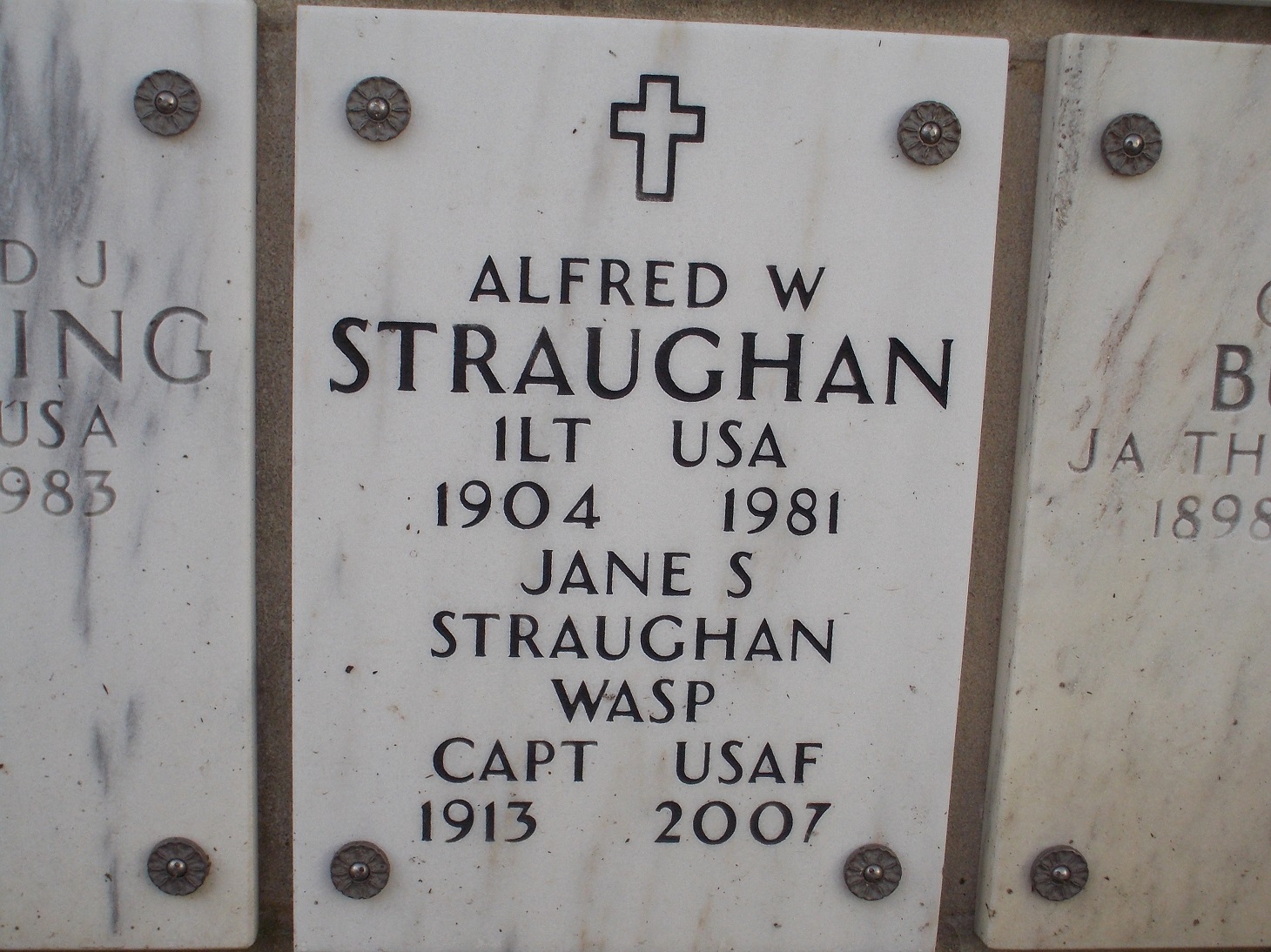 DENIAL / Change of Policy: Almost 13 years later, on March 23, 2015, this policy has been changed by a Memorandum issued by then Secretary of the Army John M. McHugh , obtained following FOIA request, noting a change of policy to deny WASP and other groups certified under Public Law 95-202 the right to burial/inurnment in the ANC, and making the claim that the Superintendent of the ANC was "without authority" to recognize the rights of the WASP. Significantly, Secretary McHugh does NOT address his own authority to make a finding that the WASP "actively" served in WWII, as Congress and various officials including the Secretary of Defense have stated, nor answer the question of "active service" of the WASP, or the authority of his predecessor, the Honorable Reginald J. Brown, who actually directed the 2002 change of policy to permit WASP to be inurned in their own right. Nor did he indicate whether he had obtained the approval, as he should have, from the Secretary of Defense for his abrupt change of an established policy. (footnote 4). 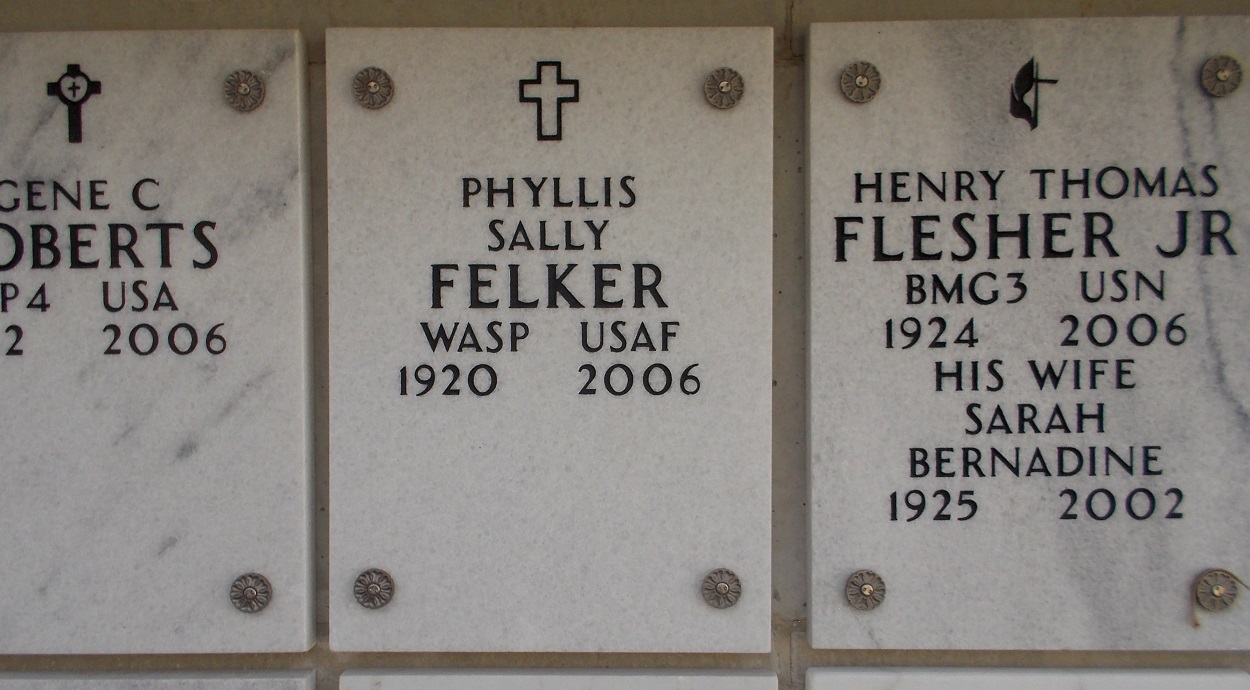 Based on this change of policy, several WASP have been denied either inurnment in the ANC, or the military honors which have been conferred on the WASP since 2002. This has included Ruth Guhse, Elaine Harmon ( 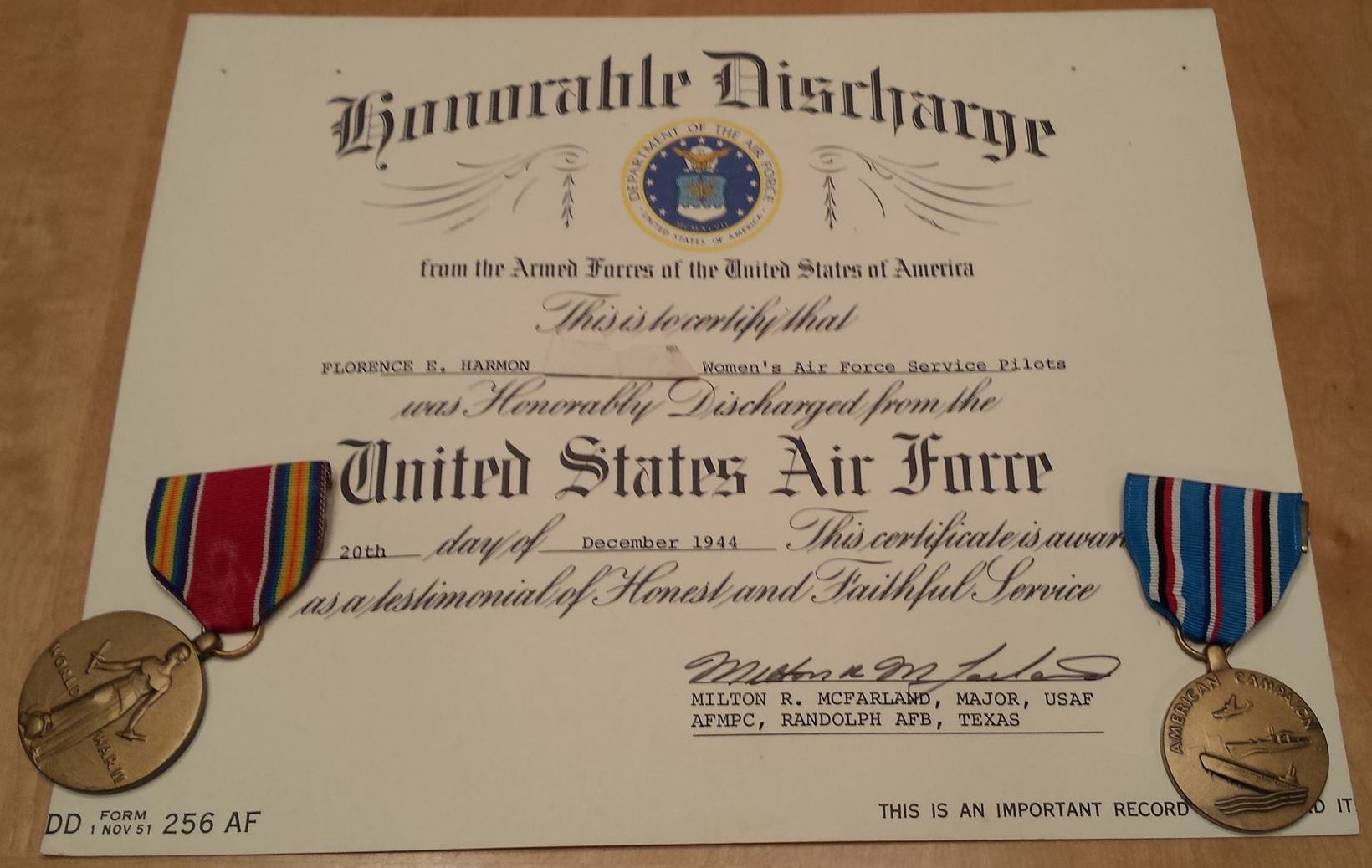 Honorable Discharge & Service Medals / the Army's Denial), and Mary Hearn, though in the case of Mary Hearn, her burial with her husband (who was already interred at ANC) was improved by the impassioned declaration of the Air Force Chaplain that her honors and burial was fully earned by her own service. 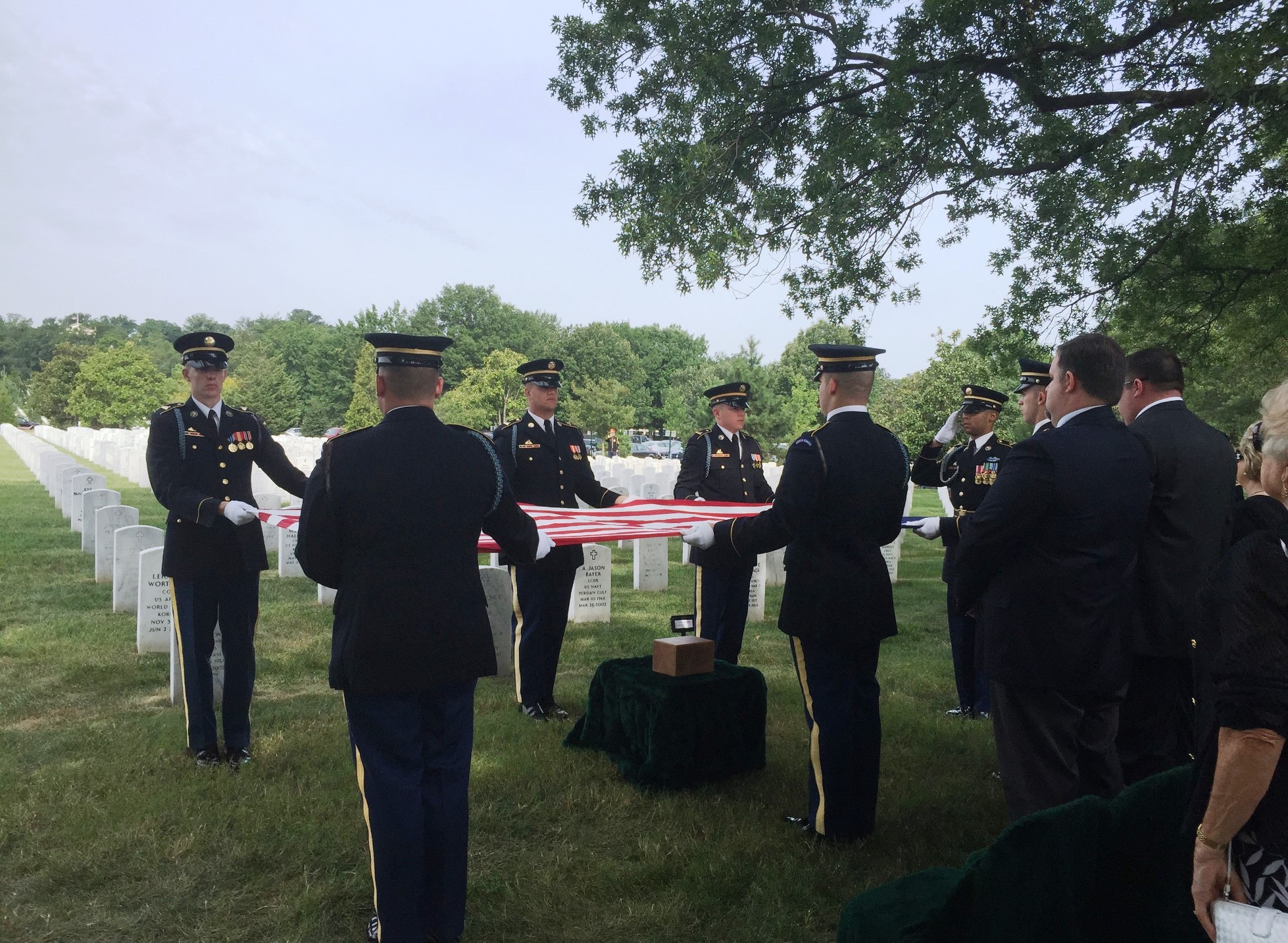 In addition, the ANC authorized the inscription of her receipt of the Congressional Gold Medal on the tombstone. In the case of Ruth Guhse, her son requested inurnment and honors at the ANC, but following a simple denial, and the efforts of several, including General Wilma L. Vaught of the Women In Military Service Memorial for America to obtain clarification on this unexpected change of policy, decided not to fight further and buried her nearby at the Alexandria National Cemetery in Virginia with an Air Force color guard providing honors. 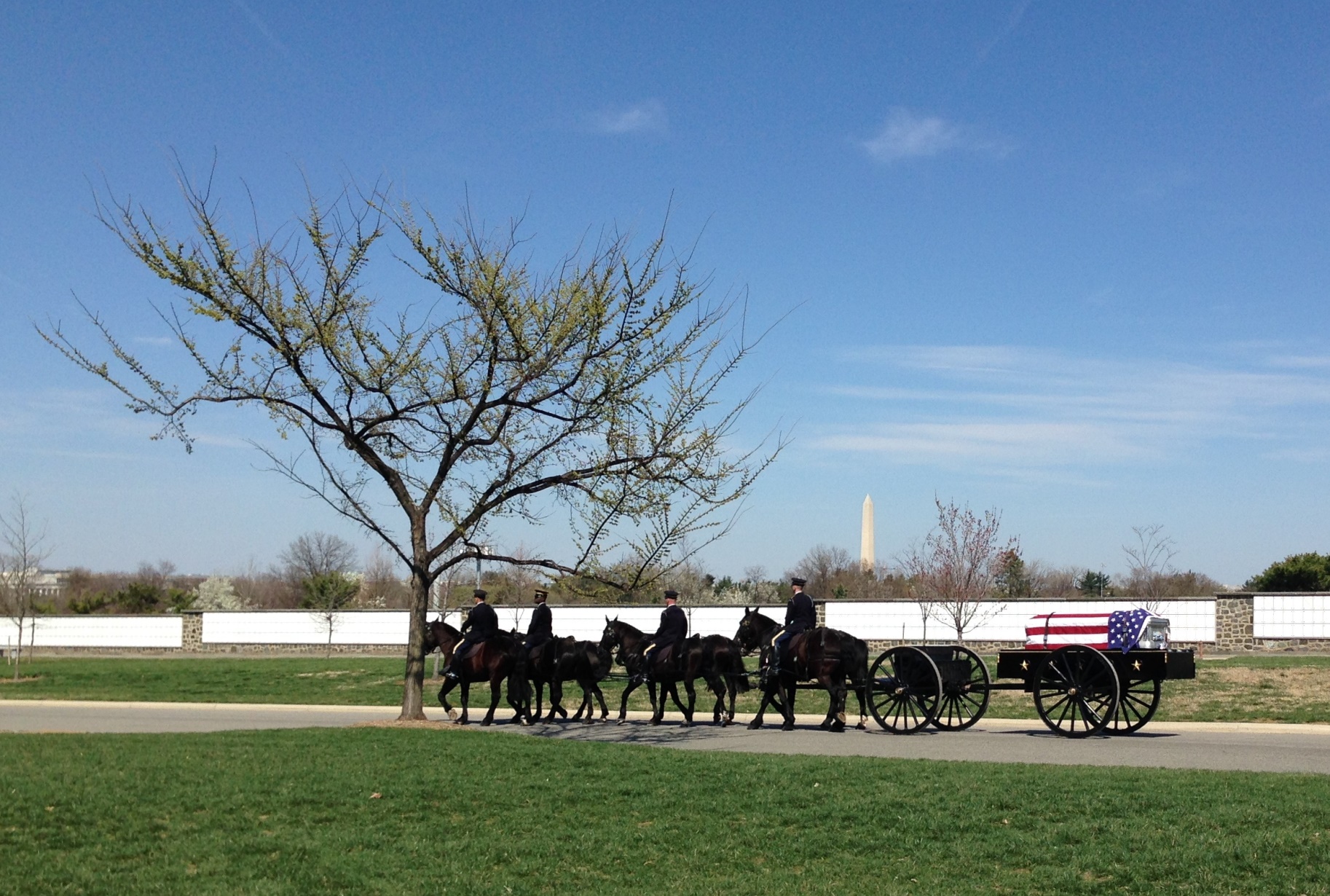 The Wingtip-to-Wingtip Association is joining with various individuals and organizations to correct this injustice and disrespect for the service of the WASP. Please sign the petition on Change.Org and visit our Facebook page to spread the word.

Washington DC CBS Channel 9 recently (December 22) aired this story on the local news unfortunately getting a few facts wrong, entitling it "Burial Honors Sought for Civilian (sic) Pilot" and quoting from an Army spokesman who claimed that veteran status was given to the WASP ". . . primarily for health benefits." This underscores the misconception that continues to this day that the service of the WASP (and the 60,000,000 miles they flew testing damaged, experimental and redesigned military aircraft, towing gunnery targets, developing high altitude protocols, simulating strafing missions, as well as ferrying our fighters and bombers) was not military flying. It was that desire for proper recognition which fueled the campaign for militarization in 1977, and the statements of Secretary of Army Brown in 2002, and all the declarations of the Congressmen who spoke at the award of the Congressional Gold Medal in 2011, recognizing the fact and value of their service. While some WASP did apply and receive VA health benefits, that was very low on the scale of the things that mattered to the WASP who fought for recognition, or contained in the reasons cited in the legislation and later awards of the Congressional Gold Medal (see Links re: Gold Medal).

FIVE MYTHS About the ANC and the WASP


* Prior to serving in Congress, Representative McSally served 26 years in the U.S. Air Force, retiring in 2010 as a full Colonel. She is the first female fighter pilot to fly in combat and first to command a fighter squadron in combat in United States history.
Rep. McSally is a distinguished graduate of the U.S. Air Force Academy and after training to fly the A-10 Warthog, flew her first combat mission to Iraq while deployed from Davis-Monthan Air Force Base in 1995. During that assignment, she flew nearly 100 combat hours in support of Operation Southern Watch in the Middle East.
Rep. McSally was next selected to become an A-10 Instructor Pilot in the 358th Fighter Squadron, becoming the first woman in U.S. history to serve in that role. (copied from the Congresswoman's website)