THANKS FOR HELPING US BECOME THE NATIONAL TROPHY WINNER! -- FLOAT PAID OFF!--

The story of the WASP is grounded in their military service, unacknowledged at the time, but completely essential to the successful prosecution of the war effort, in particular the development, testing, and delivery of military aircraft, and the training of military pilots and gunners, as well as air transport services needed. Now that the barriers against women in the military have finally come down, it is well to remember when women first began to use military equipment, not as tank commanders or infantry officers, but as highly skilled pilots, flying virtually every plane in the US inventory, including all the advanced fighters, all the bombers from the B-17s to the B-29s, and even the jet prototypes which were being developed. 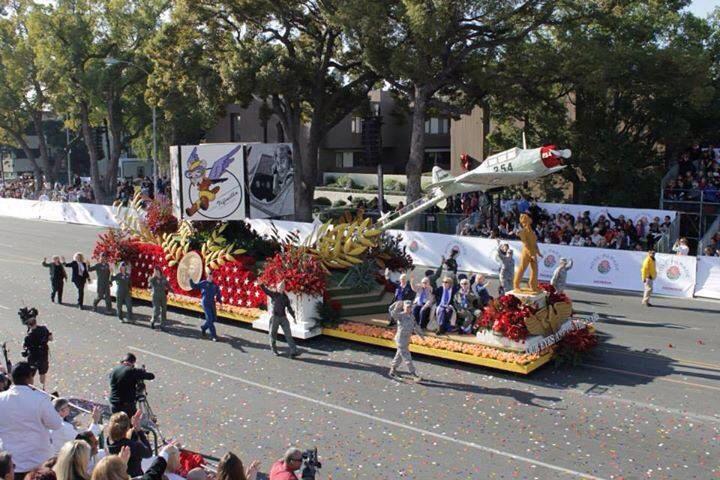 It was the WOMEN AIRFORCE SERVICE PILOTS (WASP) who, with the approval of General Hap Arnold, first learned to fly, and then served . . . "the US Army Way"!

We believe that the many WASP-promoting organizations, associations, museums, social groups, foundations, and the town of Sweetwater will all share in the glory of a beautiful WASP float, and benefit from the publicity and history-making image that will parade in Pasadena next year. We will be reaching out to all and hoping for their active involvement in all aspects of this major effort.